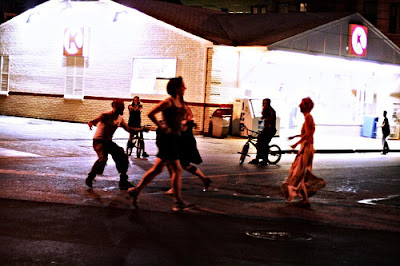 Louisville Zombie Attack was started in 2005 when John King & some friends realized they had the exact same birthday (August 29) and decided to have a birthday party. They decided on a themed party and a mutual friend offered the use of her bar. They went through several ideas; ninjas, mummies, dead celebrities… and decided on ZOMBIES. John had recently binged on a slew of Zombie movies and thought to ask party goers to surprise attack the street before the party. At the time “zombie walks” and “flash mobs” were mere dreams of madmen.  John scrawled out a badly drawn map of Bardstown RD with an X where the bar (the Hideaway) was located and an arrow with the word ATTACK across it and handed it out. What they thought would be half a dozen people jumping out at unsuspecting traffic turned out to be about 100 zombies.

Needless to say the party was a hit, and through  the urging of the founders of Lebowski Fest it was decided to do the same the following year and in 2006 the attack grew to over 200. Since then the party has grown to over 30,000 and “zombie Walks” have popped up all over the world. We have met many new friends that have joined in and helped us every year. The actual party side of the event has been hosted at several places in Louisville Kentucky including The Hideaway, Judge Roy Beans, Bearnos, Barret Bar, Highlands tap Room and The Monkey Wrench, and now we have to procure city permits and road closures to accommodate the participants.

Unfortunately over the years several people and businesses have seen dollar signs when they look at Zombie Attack and have tried to buy, and in some cases steal, our attack. Some of these people have even set up websites and businesses that sound similar (like “Louisville Zombie Walk”) in an effort to trick others into thinking the event was theirs.
Please be careful when you come across any Zombie Attack information and be sure it is OFFICIAL. 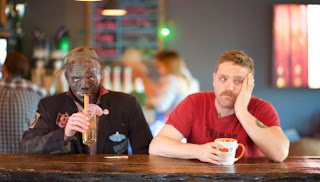